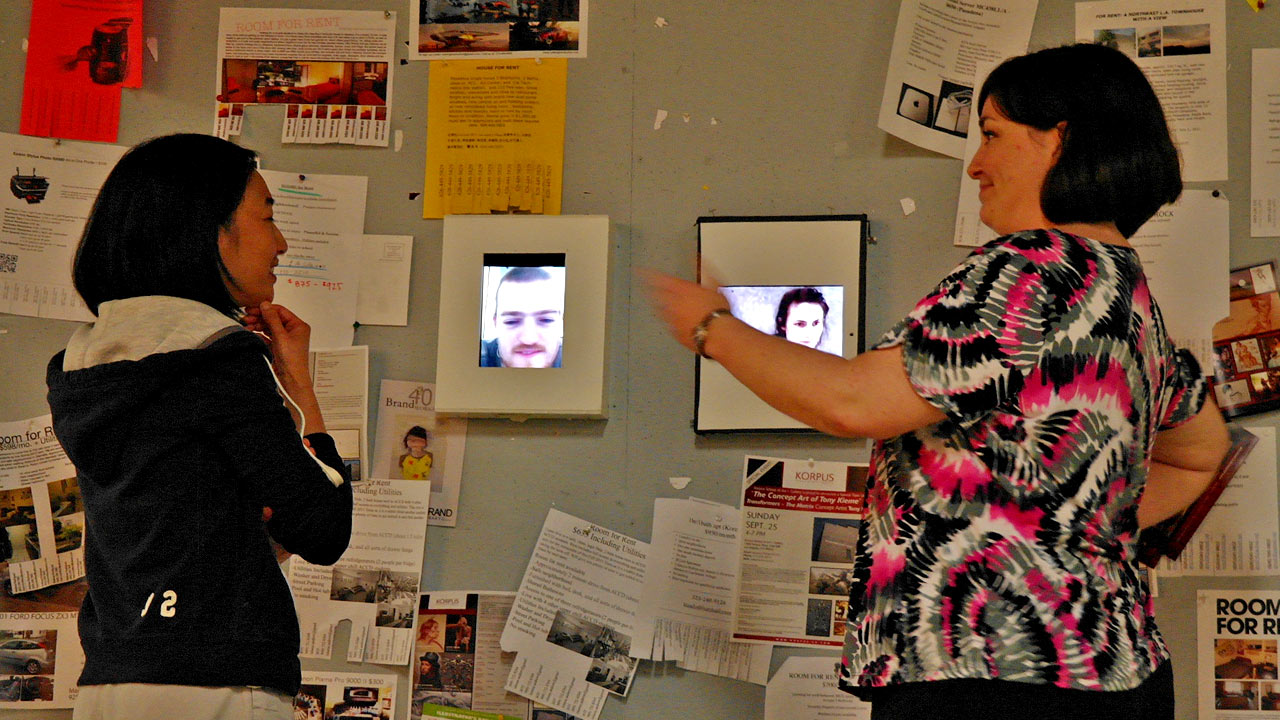 Use combinations of high- and low-tech objects, materials and devices to create three site-specific interactive interventions in everyday places in and around Art Center.

The first intervention we investigated was the idea of a trap. At first we discussed trapping ‘time’, but as we discussed some ideas for that it seemed personal information and personal stories were things we could also capture.

Our first experiment involved a small foam core box containing an iPad mounted on noticeboards in the Hillside Campus. The box relayed a video signal of myself sitting in a small white room. Using a couple of simple questions, under the guise of a survey, I tried to engage people in conversation.

This project was a great example of how useful iterating in public can be. Through trying different means of attracting attention to the boxes (adding flashing light, etc.) and exploring different contexts for conversations, we were able to refine the interactions and draw people in much more successfully. 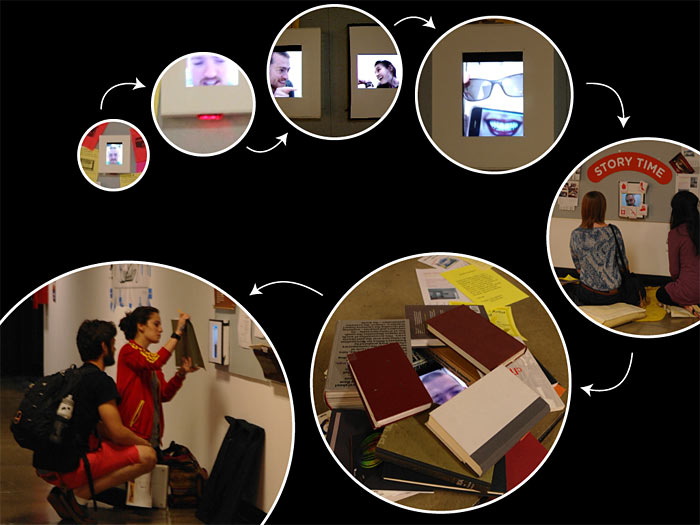 People opened up in a way that surprised me—more than you would expect from a total stranger in a public space. It was primarily individuals in pairs or groups that interacted, and at points the system developed ‘advocates’ – people who had already interacted with us who would encourage others to.

We ran a number of iterations of the box, including one with multiple boxes with different people in each.

When we first tried the iPad experiment, we hadn’t planned much beyond attracting people’s attention, and interactions tended to be brief. We found that familiar forms of engagement, such as a survey or story, allowed for an interaction to be developed further as it provided people with a reference, making them comfortable and allowing us to take things further. This trust building also happened as people engaged with us repeatedly and became accustomed to our presence on the noticeboard. Over the course of a number of weeks we became part of the community and part of the space. This simple rapport-building could be a useful tool in future research.

We explored how we could use storytelling—mediated through complex technology in a simple box—to take our exchanges further and also how we could involve the audience more through prompting the stories they wanted to hear, or hearing a story in exchange for telling theirs. 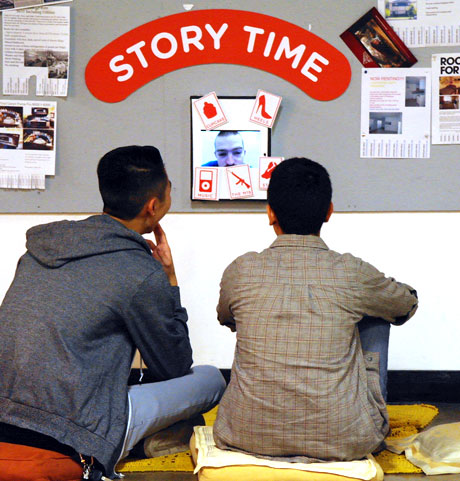 Through this project I discovered the power of simple tools such as delight and storytelling. Also, how developing a relationship with a community shifts the nature of the conversations you can engage with them in.

I mentioned when discussing Framing Public Spaces how the project highlighted to me the power of framing. The digital world is also an interesting ‘frame’. Through the screen and camera we had some engaging interactions with strangers in a way that wouldn’t have been possible had we been face-to-face in the space. Personally I was struck by the difference in my own reserve when someone walked into the studio we were using in contrast to the uninhibited way I was relating through the screen.

Over the course of the project, I experienced how an idea could be developed through quick iterations to shape something more effective. The idea of ‘iterating in public’ was completely new to me, but was an incredibly successful way of developing and exploring ideas and interactions that lead to the kind of outcomes that would not have happened had we sat brainstorming in a studio environment. I can see this becoming a means of enquiry that I use regularly in future.