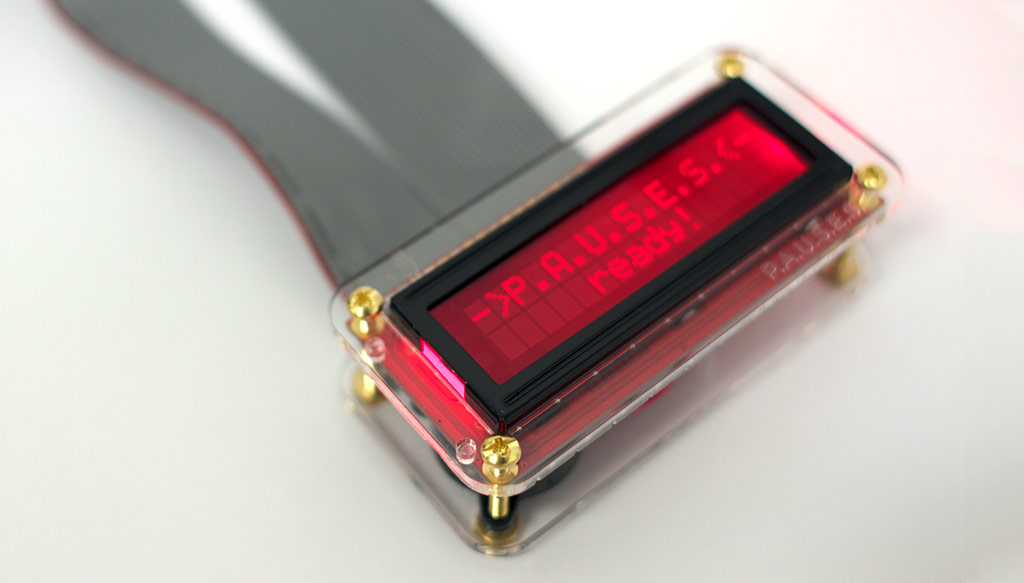 Social networking made physical—status updates that are worn. Autonomous interpretation and sharing of every activity and interaction.

As a warm-up project, students will create a well designed but useless network that uses one or more remote sensors and/or effectors. Design a project that assumes a massively networked and censored world, but take a critical perspective on this future world.

Portable computing is now ubiquitous, and has been a key factor in fueling the explosion of social networking. I’m interested in how social networking, and its inherent projecting a better version of ourselves through edited sharing of our lives, is linked with the rise of narcissism in Western culture.

For this project, I imagined a future where social networking has evolved to autonomously broadcast our lives, functioning in a world of Spimes: tagged and networked objects.

In a not too distant future where both objects and people are networked, and continually maintaining one’s online persona is of paramount importance, a new technology has emerged: systems that monitor our actions, interpret them and inform the world about the important activities we are engaged in.

Your P.A.U.S.E.S. device monitors your behavior and interactions, automatically generating a ‘micro-status’. This ‘micro-status’ is then displayed on your chest unit, as well as published to your online social profiles, sharing essential information with those in your physical and virtual vicinity.

Diagram of initial concept.\ Read more in this blog post I created a speculative prototype using an Aruduino, Processing, an LCD display and a RFID reader. RFID tags are embedded in or attached to the objects the user interacts with allowing the system to identify them.

The entire code for this project can be viewed on GitHub 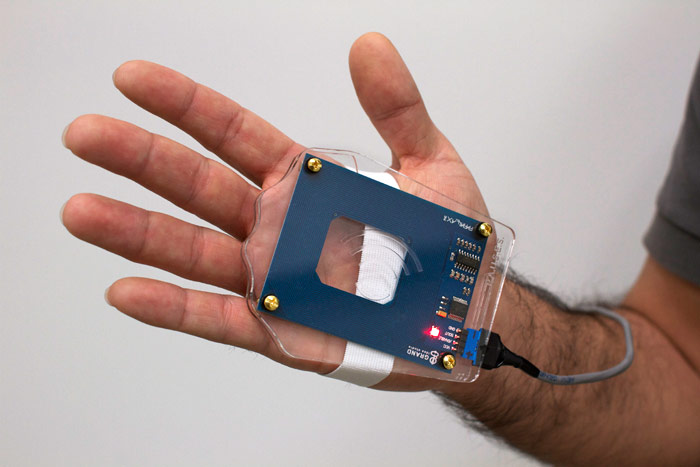 An RFID reader is worn on the user’s hand. Future technology would allow this to become a microscopic device which could be installed under the skin.

An Arduino mounted on the user’s back communicates with the RFID reader, LCD display and the computer running some additional software. 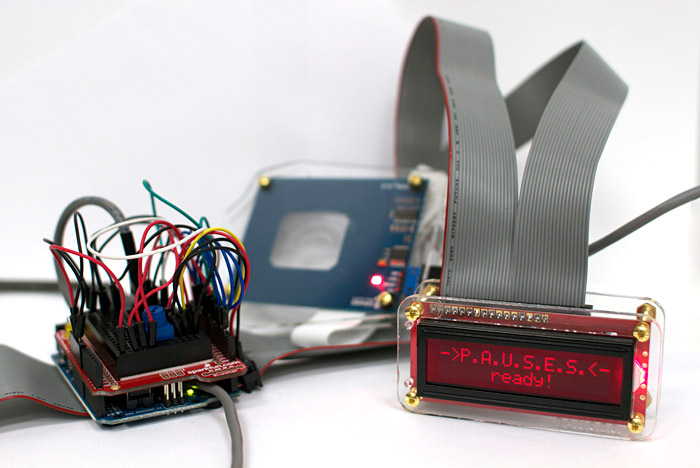 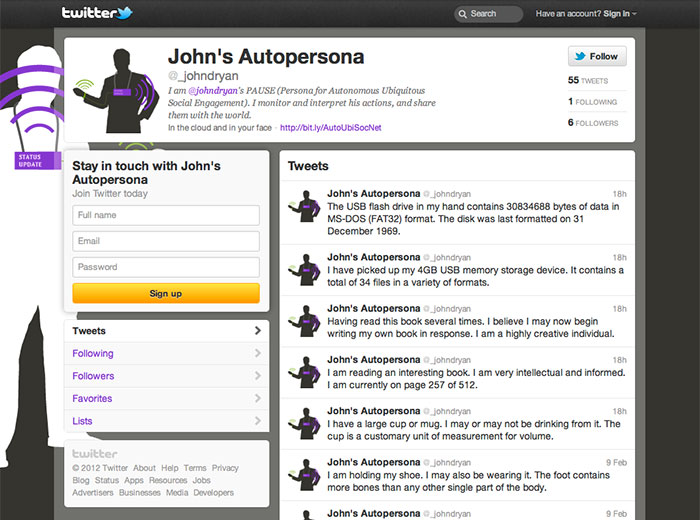 The computer ‘interprets’ the data from the RFID tag by looking up some scripted lines created for each object, suggesting the system is making these interpretations from the available data itself.

The software then sends the latest ‘micro-status’ back to the Arduino to update the LCD display, as well as publishing it to the user’s twitter account.

This project was, I feel, one of my more successful at beginning to explore interests and methods that will inform my thesis work. Although somewhat technically complex, the concept was simple and direct and it seemed to engage people both through humor and on a critical level to some extent.

The speculative P.A.U.S.E.S. product allowed me to begin questioning the new rituals of the social networking space. Has ubiquitous technology seen the emergence of new habits and rituals? Or has is it just reframed existing ones? What if these now common rituals were autonomously interpreted and shared? What are the privacy implications of such continual monitoring, even if it is self-initiated? How might designed interactive objects encourage reexamination of existing interactions? How might new digital rituals emerge from speculative rituals with these interactive objects?

These questions and ideas have run through a number of projects this term and this project has been one which particularly informed my thesis gateway statement.