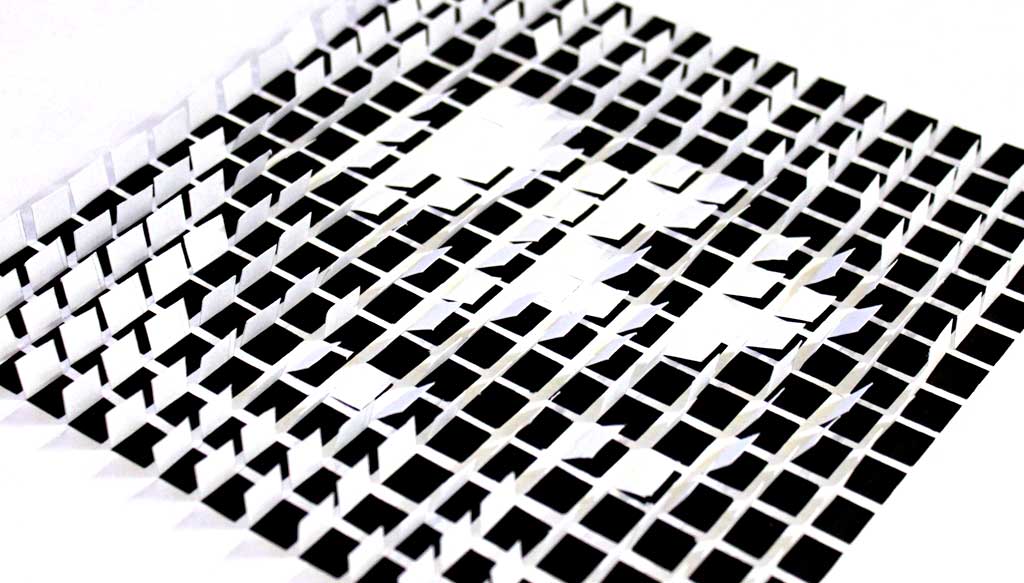 This brief entitled “Computational Futures” encouraged us to explore hypothetical situations that challenge existing forms of and relationships between computation and the material world around us. The first part of the project involved material explorations informed by computational structures and procedures.

This part of the Computation and Materiality class resulted in both this project and my User Logic project.

In the initial workshop for this project, we created a visualization of a hypothetical sorting machine or amalgamating machine. Jeremy Eichenbaum and myself designed a Karma Kalculator. The remainder of the experiments involved manually encoding, transmitting and decoding images, and performing procedural group experiments.

The original pixelated image (on the left) was printed and we decided how dark/bright we thought each pixel was (from 0 to 5). This information was then transmitted across the room as a hand signal to the drawer, who had developed a system of hatching for each of the signals. The final result appears on the right.

Building on the image-transmission experiments from our initial workshop, I explored a variety of procedural methods for recreating and/or transmitting pixel information.

My first experiment involved describing a range of gradients to partipants and asking them to supply me with a square of some material which they felt matched the description I’d given them. For example, dark grey, black, almost white, etc.

This gave me a gradient from white to black to create images with: 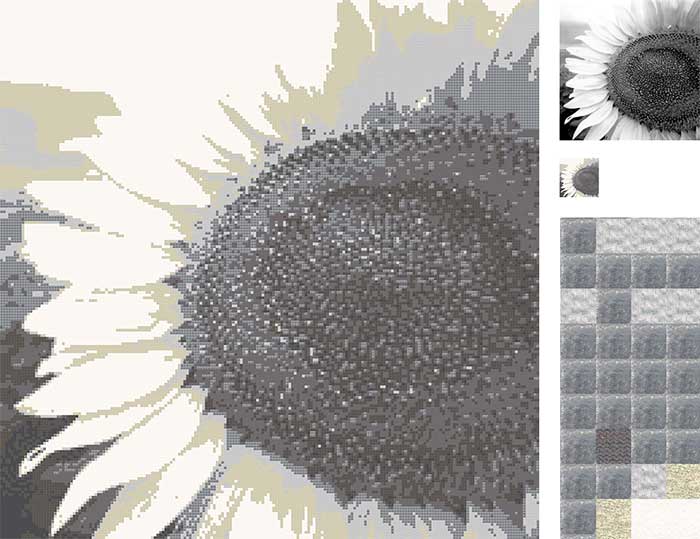 Using Processing I converted images (original image in top right) to a version made up of the pixels I had been supplied with (Close-up bottom-right, downscaled middle-right).

Taking an enlarged image, I manually converted it to pixel values by deciding how dark/bright each pixel was (from 0 to 5).

I then developed a system of folding square cuts in paper to angles which reflected these numbers. 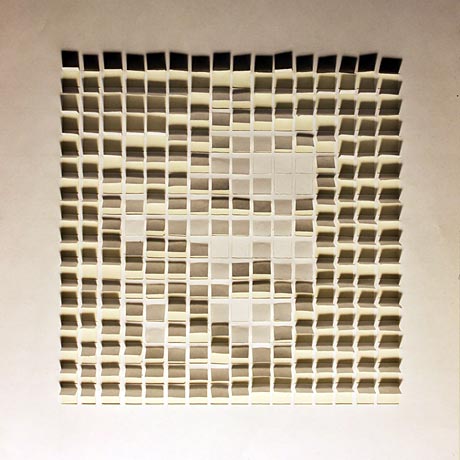 Here on black the ‘pixels’ reflect different amounts of light at differing angles.

This brief experiment imagined a material version of a 3d-scanner.

This experiment imagined pixels translated into durations for brewing tea. Each pixel would be brewed for a particular amount of time creating a range of shades from clear to dark brown. 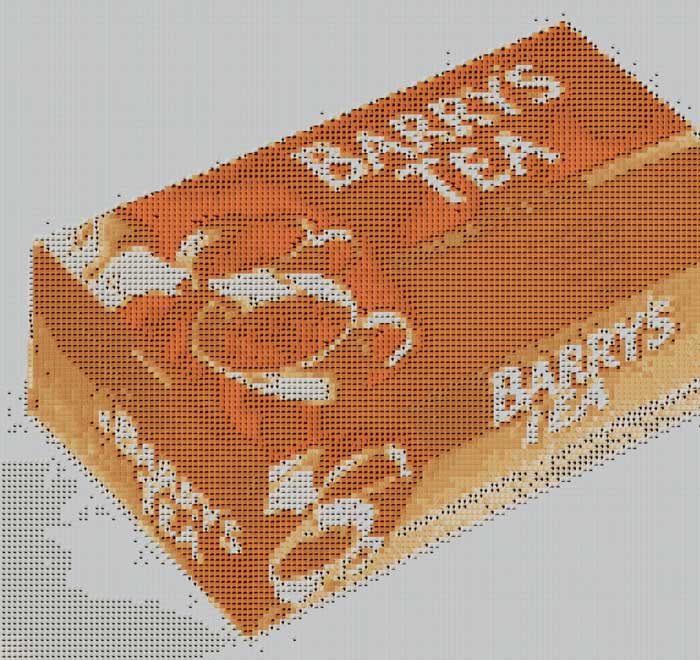 Brewing for increasing periods of 10 seconds created the following range of pixels from light to dark:

These pixels were then used to generate the image to the left with Processing.

There is something I found really engaging about the procedural nature of making the various experiments that make up this project. Perhaps some of the same enjoyment that I get from writing code, although here I get to step away from the computer and use my hands.

Although just material explorations, I feel that these computational models of physical making may be worth coming back to again in future, particularly as a way of starting material research for a larger project.