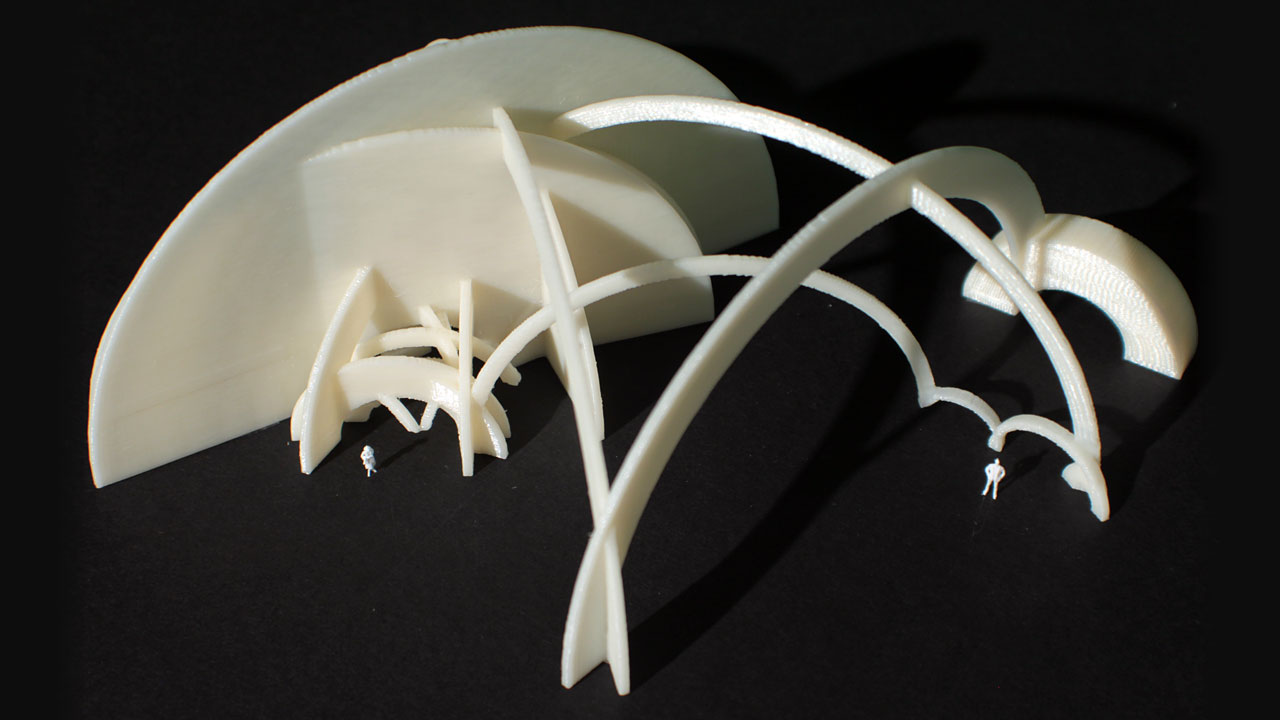 What exists amidst the moments of a person’s life? Beyond space and time, what are the qualities that are suspended between these moments? Stories, relationships, ideas, beliefs?

Develop a concept and scale for your Structures project. Use this to inform a 3D physical model that performs a further translation of some aspect of the project.

This project is the final development of the 48 Moments project.

This stage of the project began with a 3-hour charrette during which we were asked to translate some aspect of the project into a 3D physical model. It was a daunting task to engage in without warning, but I embraced the concept of thinking-through-making and developed a model which reflective some of the spatial relations that existed in my earlier Processing.

At the end of the class we all displayed our work and Tim Durfee introduced scale figures and objects, placing them alongside the models. We were then told that for the final stage of the project we would select a concept and scale for our project and investigate how intrinsic qualities from our collections might be explored in 3D form. 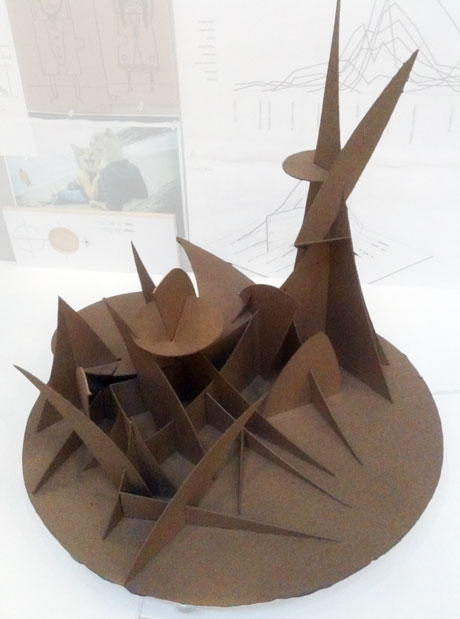 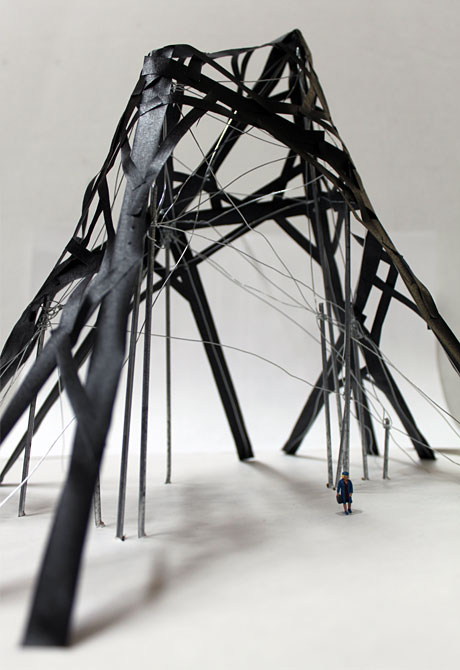 Further prototype of 3D space created by connecting the moments. Each vertical point was mapped at scale to the original locations.

For the final project, I explored how the data I had begun to use in Processing could be used to generate files for 3D printing.

I wanted to use the moments I had recorded to create a form that might be a place for those recorded moments and also the unrecordable moments that might have existed between them.

What exists amidst the moments of a person’s life? Beyond space and time, what are the qualities that are suspended between these moments? Stories, relationships, ideas, beliefs?

When these moments and their temporal inhabitants—objects, people and places—have come and gone, what are the transcendent elements we are left with?

This space is generated from the physical locations and characteristics of a person’s life to create a place for remembering and re-engaging with what we are left with from their lives. A place to dwell upon those lingering between-moments. A memorial to a lost loved one; a cathedral reflecting the journey of a saint’s life; a place to reflect on the influence of a great cultural leader. 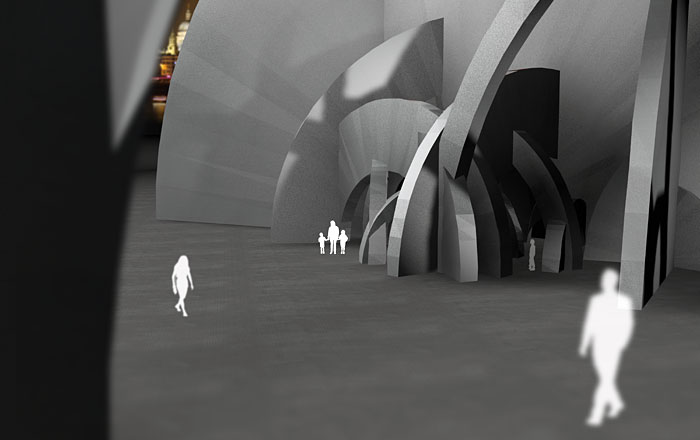 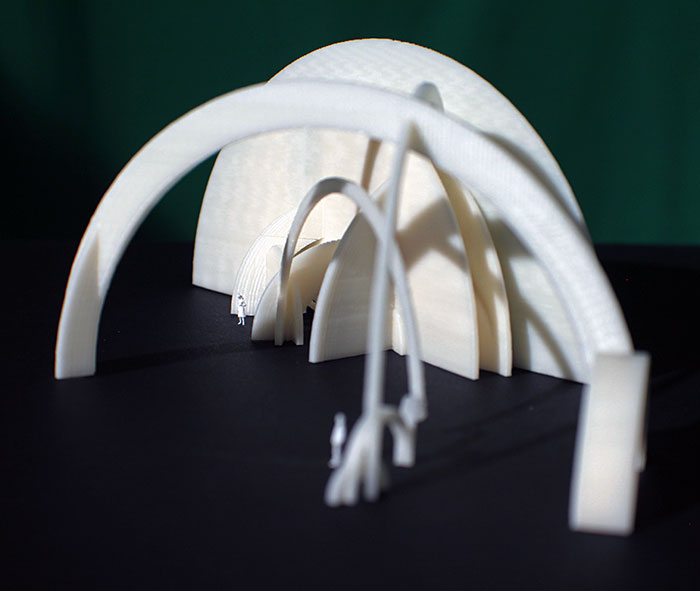 I am eager to pursue further this method of using data to inform space and form. It is something I would be keen on incorporating again in future projects. The act of taking the digital and making it physical seems to me to be a rich place for investigation. I’m very interested in the interplay between the complexity of physical and organic, and the simplicity of the digital world’s binary nature.

I’m also interested in how rituals play a role in society. How might the data-driven form of this cathedral-like structure become a template for ritual or a data labyrinth where one could perhaps meditatively relive memories?