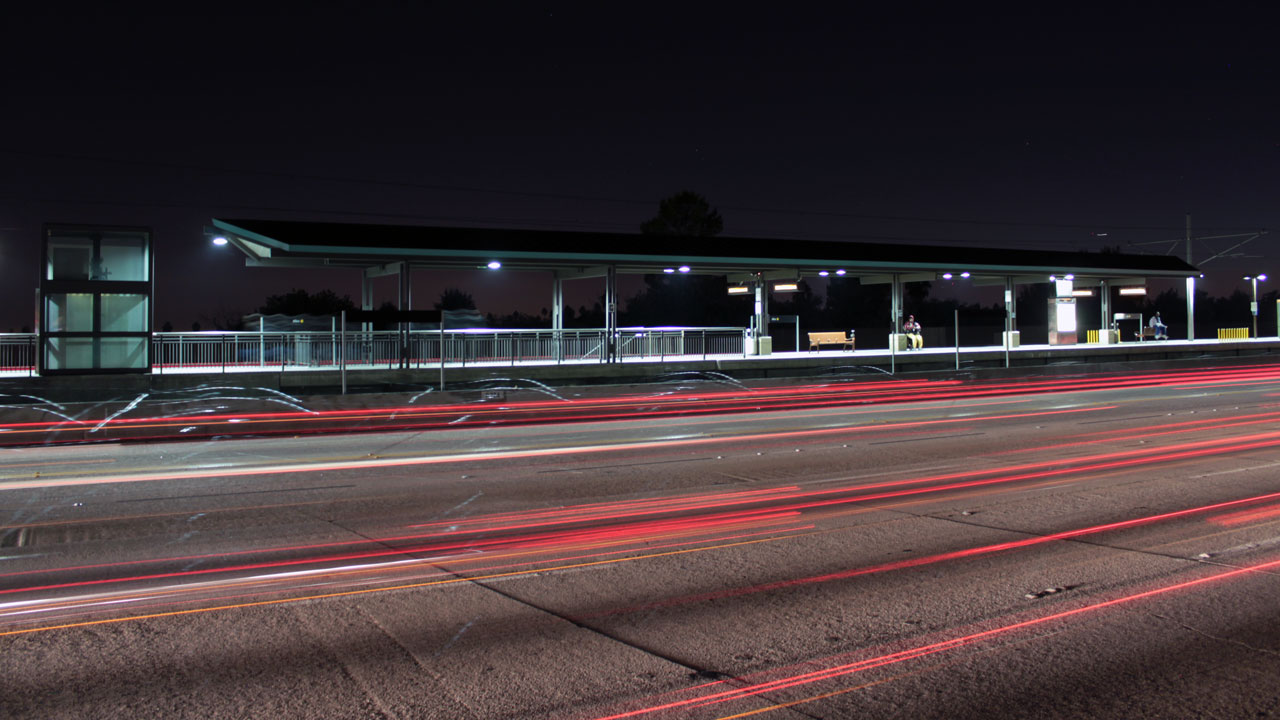 Sampling Strategies in a Non-Place

Contrasting the light rail station’s order and rhythm with the chaos of the surrounding traffic; the stillness of the station set against the backdrop of the traffic speeding by.

This project involved selecting two places for study: a physical non-place in LA, and a virtual space. Visit each and employ survey techniques and high- or low-tech tools to ‘zoom in’ and find evidence of human existence and effect. Organize and analyze your collected materials.

For the physical non-place aspect of this project, I studied Allen Metro Station.

It is a light rail station that sits between the east and west routes of the 210 freeway. It is accessed from an underpass underneath the freeway, so it sits like an island surrounded by traffic with no obvious point of access. Having used the station a number of times there’s something I find peaceful about it. Because of how it is raised up, you can’t see any rooftops, so when you look beyond the cars on either side you just see treetops and the mountains rising above them.

I was interested in the contrast between the station’s order and rhythm and the chaos of the surrounding traffic, as well as the juxtaposition of the movement of the traffic against the stillness of the station. 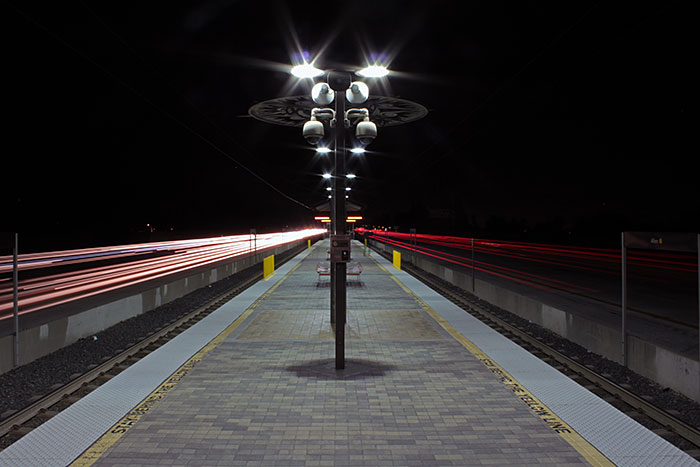 I used long exposure photography and video to capture the contrast between the movement and stillness.

One’s sense of privacy on the platform is related to the speed of the cars passing by. As traffic slows to a stop, the station becomes a very exposed place. But when the cars are speeding by on either side, there is no sense of being watched, it becomes a private place of escape.

I recorded movement inside the station, tracking every person who came in and out of the station over the course of 30 minutes.

I imagined the repetition of the station’s objects heard as rhythms—in the way that train tracks create a fixed beat as a train passes over them. This sound might be structured and beautiful—in contrast to the random chaos of the surrounding traffic sounds.

What would the station platform look like if the repeating patterns of its objects were played out at an infinite length?

Through this project, I saw how structured methods of sampling and analysis can help me move beyond the familiar to discover rich sources of inspiration and data, even in seemingly mundane locations. I feel like there are numerous projects I could begin to explore just from what I collected in the course of a few days for this project.

Some of the specific techniques I used will be useful for initiating future projects, particularly when I’m not entirely sure how the project might or should unfold.