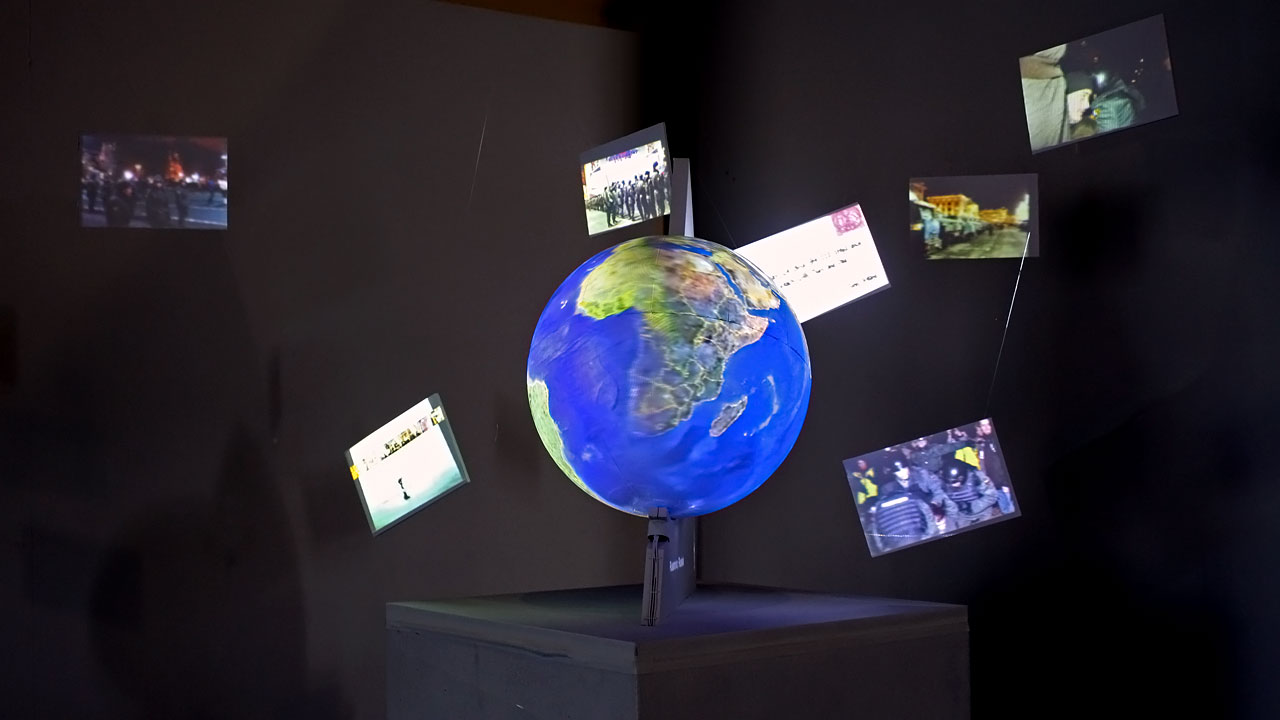 Our memories are increasingly being stored digitally and publicly alongside those of others. Are we moving towards a global collective memory? Viewing my digital keepsakes alongside others, are my memories becoming blurred and entangled with those of others?

This project explores the integration of the physical environment with the media environment through the limited palette of one physical sensor and one media effector. Using the concepts of productive information exploration and behavior design for interactive systems, create a tangible interaction where the audience manipulates a single knob and observes a video display OR listens to audio (only one medium is allowed). By interacting with a system that has a designed behavior, the user should create a productive interaction experience that explores a specific information space.

For me, memories have always been associated with physical objects; both in keepsakes or souvenirs and in the maps of geographic locations. Both become storytelling devices for sharing and recalling memories. In our increasingly digitized world, many of the objects traditionally associated with place and memory have become digital.

As our precious memories are stored digitally alongside those of others, are we moving towards a global collective memory? As I view my digital keepsakes alongside others, do my memories become blurred and entangled with others’ memories?

When digital artifacts become ‘physical’ do we interact with them in a different manner, do we place a different value on them? Do they become more meaningful for us?

Serendipitous Souvenirs selects digital memories—photographs that have been publicly shared online with geolocation information—and mixes them with my own personal memories.

Spinning the globe selects geographic coordinates which are reverse geocoded via a web service, GeoNames. The place name is then used to select public photographs via the Flickr API.

I had originally been interfacing directly with Flickr’s geolocation information, but I had to develop this alternative system due to a number of its shortcomings.

The globe spins on a potentiometer and is projected from 2 opposing angles, allowing near 360° coverage. The readings from the potentiometer project the correct globe motion and record the current location. I used basic 3D projection mapping to slide content onto and off the surrounding suspended cards.

The project uses Flash, the NETlab Toolkit and an Arduino micro controller. A DualHead2Go splits the video signal so that it can be projected from two angles.

If I had more time to take this project further, I would want to refine how the interaction engages the user in my questions about memory and about the relationship between the digital and the physical.

There were a number of things about the physical interface that I would want to refine too. Due to the angle of the globe and projections, I had to place the main location indicator on the side of the globe – but ideally it would have appeared on the front as the user approached.

As I discuss in my Design Research essay, this project along with 48 Moments and Personal Topographies has begun an exploration for me into the dichotomy that exists at points of interface between the physical and the digital worlds. Our interactions with computers are fundamentally non-natural; they are designed for the machine before the person. I’m interesting in exploring what our world will look like as these interactions break free from the screen and become present in a more tangible way in our everyday lives. 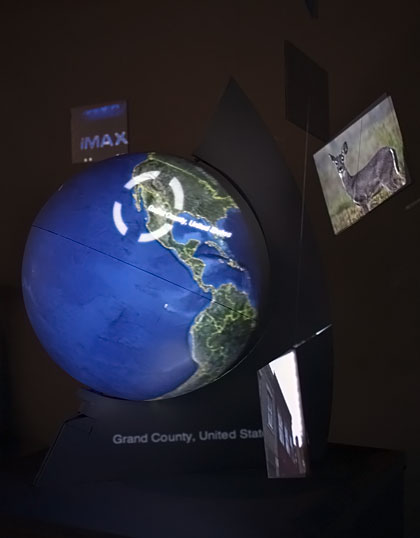