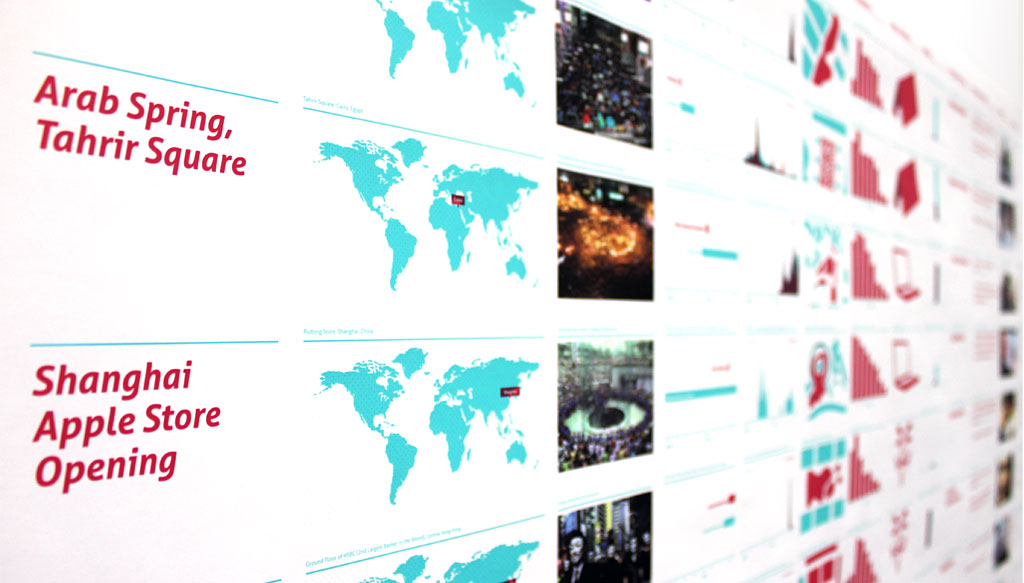 A comparison of political and pop-culture crowd spectacles

If the spectacle is central to garnering attention in today’s media-saturated world, what might we learn by comparing significant political protests and crowds from recent years, to the yard-stick of pop-culture assemblies?

This term’s AMP Studio, Public Display, considered the way in which public spaces are now communication spaces. For the first half of the studio, we were conducting a research project. Annie Needham and myself were exploring how public display might relate to staged spectacle, crowds, occupation, and temporary structures.

This project was developed in collaboration with Annie Needham

We began by developing a collection of images, projects, writing and research around which we could develop a more focused line of enquiry.

We examined, categorized and mapped this collection in a number of different ways. For example, mapping individual versus collective authorship and creating space versus modifying space. 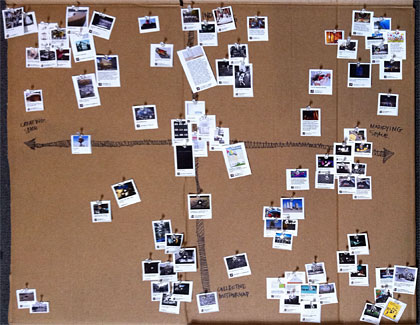 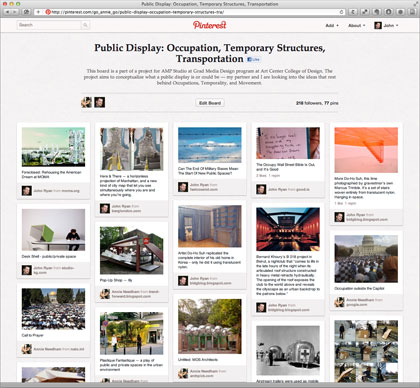 One thing that struck us in comparing these references and examples was the visual similarities between some of the crowds and gatherings even when they were of a very different nature.

In certain photographs, it was hard to differ between Occupy Wall Street and the LA fan camp-out before the launch of the teen movie Twilight Eclipse. We started creating pairings of photos of political gatherings with similar pop-culture references.

Reading The Society of the Spectacle, Guy Dubord’s writing about psychogeography began to inform our work, particularly in his defining of two key factors of the “ambience” of place: hard and soft. Hard elements were the actual physical constructions, whereas soft elements included light, sound, time and the association of ideas. Debord’s vision involved a combination of these two opposing realms.

We thought that mapping some of these hard/soft elements (or permanent/temporary) might be a interesting strategy for further investigating this collection of events/spectacles we were gathering, and offer another method of comparison. 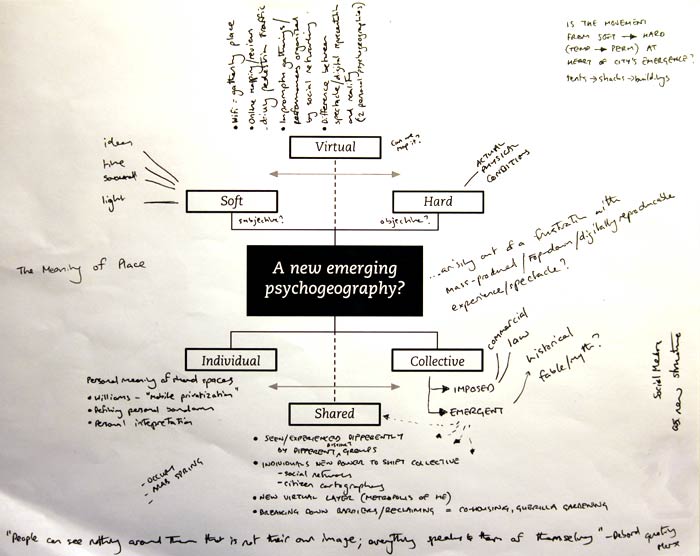 I was also interested in how Dubord’s psychogeography connects the personal and private meanings spaces have for us with their physical form and designed intention. And whether there may be new emerging psychogeographic elements which overlap the traditional hard/soft elements and individual/collective perspectives.

“Cities have a psychogeographical relief, with constant currents, fixed points and vortexes which strongly discourage entry into or exit from certain zones”

Our initial lines of enquiry and research lead to the creation of a large infographic which compared various characteristics of political protests and pop-culture crowds. Each pair of rows links two events; one political and one pop-culture reference. The columns move from objective to subjective (left to right) characteristics and classifications for each event:

A comparison of political and pop-culture crowd spectacles. Download and view and full size from Scribd

The graphic was created so that different columns or rows could be examined and compared in relation to each other, allowing readings which focussed on particular areas of our research, or more general conclusions to be drawn. We wanted the poster to become a spectacle in itself, allowing multiple readings, but reflecting on this part of the project, I think we could have been more focussed and clear in articulating our point of view through it.

The research was further developed during the second half of term finalizing in the book Hype, Happening, Broadcast.